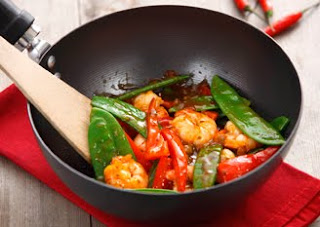 Along with pan-frying, oven roasting, and slow cooking, stir-frying is a basic technique that you need to learn. Once you can stir-fry you can make dinner out of just about anything you have in your fridge in 5 minutes .... well maybe 15 if you need to chop the vegetables.

Not only is this one of the fastest dinners you will ever make, it's also incredibly good for you because your meal consists of the basics of the Paleo food pyramid - vegetables and protein. Easy and Good For You is a win-win situation, which is why I have stir-fry at least once a week. 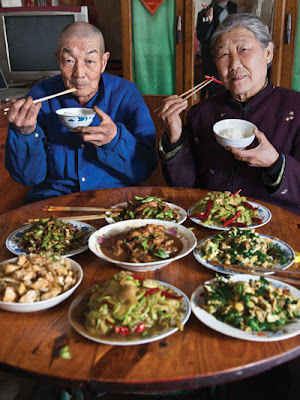 As far as I know this originated as an Asian method, but I could be wrong. I can actually picture our ancestors cooking this way over an open fire. After all, even when they were short on protein, a dish full of whatever edible plants they could find would fill them up.
(Image from http://saveur.com )


Even though there are all kinds of fancy-looking woks and tools you could use, all you really need is a large skillet and a mixing implement of some kind. A large metal or wooden spoon or a spatula will do. 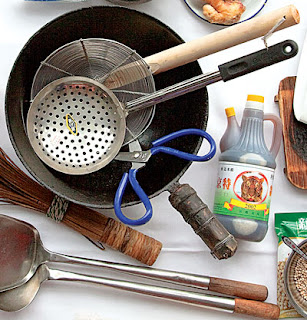 The basics are very simple - Heat a bit of oil in a large pan until it's very hot, add raw seafood, chicken or meat chopped small and cook.

When the meat is browned, add vegetables chopped small and cook, then add seasonings and a bit of liquid. You can also add fruit and fruit juice and nuts.

As with all basics, the variations are endless. For a basic Oriental stir-fry I use a dash of gluten-free hot sauce, a tablespoon of gluten-free tamari or soy sauce, and the juice of a lemon or lime.

I also use a teaspoon of sesame oil mixed into the olive oil I fry with. In fact I keep a bottle which is 1/4 sesame oil and 3/4 olive oil in my cupboard, and this is my stir-fry oil of choice. I want to try coconut oil next instead of the olive because it's supposed to be better for cooking, and I think the mild coconut flavour will probably add to a stir-fry rather than detract. If you try this let me know how it goes. 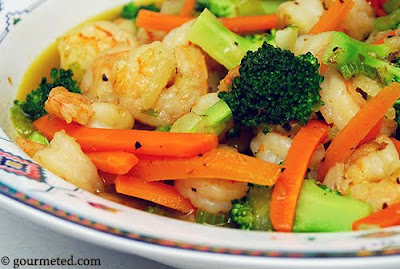 As my personal preference is for seafood, my favourite stirfry is with shrimp or scallops. These are available frozen quite cheaply in my area and take minutes to thaw under hot water even if I forget.
(Image from http://gourmeted.com ) 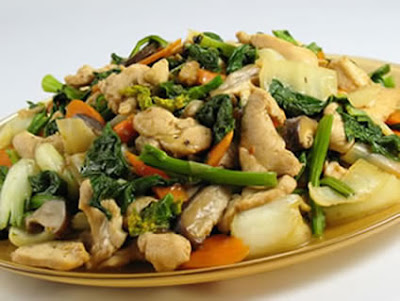 I also make a lot of chicken stir-fries, mainly with cooked chicken I have left over from other meals. If using cooked protein, add it after the vegetables have cooked, not before so it doesn't get tough.
(Image from http://bonelesschickenrecipe.com ) 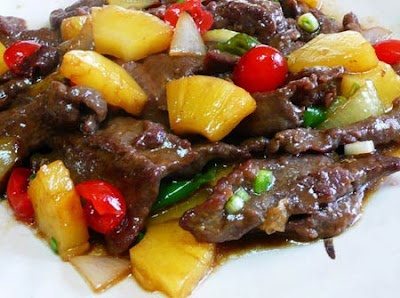 The men in my family are big meat lovers (Aren't most?) so beef or pork stir-frys are popular family meals. I use cheaper beef cuts which I slice thin and marinate in pineapple juice from a can of chunks that I then add to the dish at the end. I wouldn't eat pineapple too often because it does have a lot of sugar, but once in a while I think it's okay.
(Image from http://vietnamfood.org ) 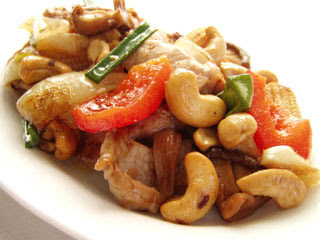 And the best pork to use I find is pork loin. It slices thin very easily and one small pork loin will feed an army cooked this way.
(Image from http://khiewchanta.com)


So now that you know how to stir-fry, what do you eat with it?

When I was much, much younger I travelled in China (which was then still under Communist rule - as I said a LONG time ago!) There were no Western restaurants and I ate all my meals with Chinese families.

One of the surprising things I learned (and believe me, there were many) was that even though rice or noodles were usually somewhere on the table, many Chinese never ate them with their stir-fry, preferring to have them in soup. .... for breakfast!, but that's another story.

You might find you really don't need it either, but if you do, here is a good alternative : 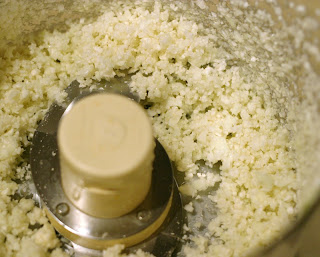 Cauliflower rice is just grated (or food processed) cauliflower that has been seasoned to taste. Some people sauteed it first in the skillet before they start cooking their stir-fry, then use this as the base for the dish.

Alternately, once you have grated the cauliflower (or processed it) you can steam it in the microwave for a couple of minutes.

Whichever method you use, make sure not to overcook. You still want it to be crunchy or it will end up being mashed cauliflower .... which isn't bad but not really the texture you want.


This has been a long post because I've wanted to give you as many examples of stir-frying as I could. To me it seems the Perfect Paleo meal and the more I think about it, the more I'm sure Grok and the rest of the caveman community did this all the time. After all, what a perfect way to use up all those edible greens and leftover bits from the beast-of-the-week! 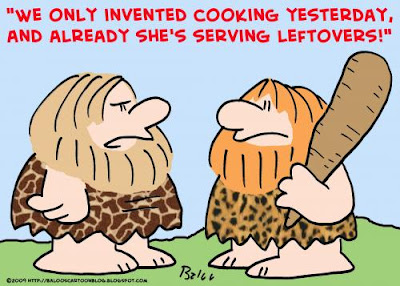