Even though in many ways the availability of information on the Internet is a true Godsend, there are times when it seems to make things worse not better.

Take for instance Mark Sisson's site.  As I've said before I have chosen to follow his Primal Blueprint recommendations.  I decided to stick with Mark because, to be perfectly honest, there is just too much information out there for anyone to be able to read everything before making a decision.  It would be a full time job and then some.

So once I definitely decided to try Paleo Primal living I figured if I chose one plan and read just about that it would make things easier. And it's worked ... to a certain extent.  Unfortunately Mark has been writing for a lot of years and has consequently created a large body of work. Sometimes getting a definitive answer on something isn't easy, even if the article says "This is the definitive answer." 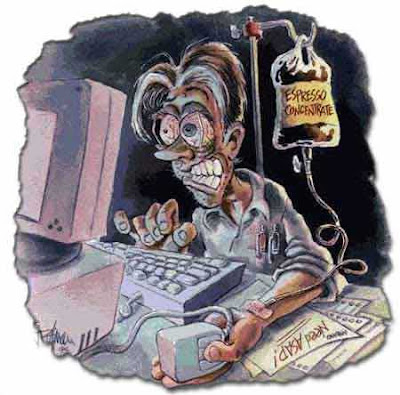 Take Intermittent Fasting (IF) for instance.  Mark wrote another post on that yesterday.  I found what he wrote very interesting because this particular post was specifically on the weight loss effect, and right now that's a focus for me.  Reading what he had to say made me want to look into it further, so I did a search for other articles on his site - and found myself with a major project on my hands.

First of all this seems to be a subject that has two very distinct camps even in the people who comment - and I would assume that most of them are pro the Primal Blueprint or why bother?  I don't know what percentage the breakdown works out to, but there are definitely lots of pro and con comments, and on some posts pages and pages of them.

Trying to decide just exactly where Mark stands I found a bit tricky as well.  When I decided to look back at previous posts I found not only a few or a few dozen, but pages and pages of listings. After spending an hour reading ( and barely making a dent in the information available) I've come to the conclusion that I think he's pro, but with reservations.

Reading all this stuff is very interesting if you have the time, but I have to wonder who really does? Anyway, I've made a list of a few things that seem to be important in his recommendations : 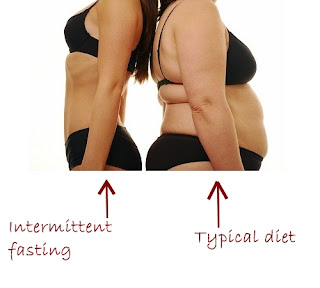 Along with weight loss results, IF does also seem to have a lot of proven health benefits.  At one point he mentions that people who do IF find that their body distribution is different even if they don't lose weight.  You end up with more muscle and less fat. IF helps you build lean muscle and promotes general health and longevity, and there don't seem to be any major cons listed that I could see.

So overall, it seems from what I've read on all these different posts it's worth trying. And since, as I've said, I find I don't need breakfast now most days anyway, it should be pretty much an easy progression.  My plans cover dinner and lunch is always a big salad with sometimes a bowl of soup, so this should all fit in with what I'm doing now.

I'm thinking I'll try having an egg breakfast only three times a week and the rest of the time just making do with coffee and eating my lunch later. It will be interesting to see what results I get.

I am still a touch apprehensive though. I keep thinking there might be a post out there that I've missed with some dire warnings, and I will never know about it because I didn't manage to get to it in my reading.
Information overload can be a scary thing.

Today I am NOT going to give you any links.  If you want to follow my path and read what Mark has to say all you need to do is enter "Intermittent Fasting" into the search box on his site, take a deep breath, and then settle down for the rest of the day to read.

On second thought, better get that slow cooker going first because you won't be doing much of anything else.

Update :  On his latest series of post on IF Mark says about cancer :

"If you or anyone you know has cancer, suggest fasting as a possible strategy. As long as a person keeps their oncologist apprised of the situation and any relevant research on the subject, it might prove helpful. And if you’re currently cancer-free, consider implementing occasional (intermittent) fasts, just to be safe."

And in this post he discusses why fasting works to protect brain health
http://www.marksdailyapple.com/fasting-brain-function 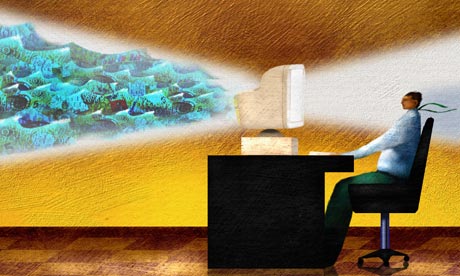