Most people don't think of doing ribs in the slow cooker, but once you've tried these you may never do them any other way again.

I've tried them cooked in the oven and on the barbecue, and while they were good, these are amazing. The meat is so tender it just falls of the bone. In fact you have to be careful when you remove them from the pot or you'll end up with teriyaki soup. (probably still delicious but not what we're looking for here.) 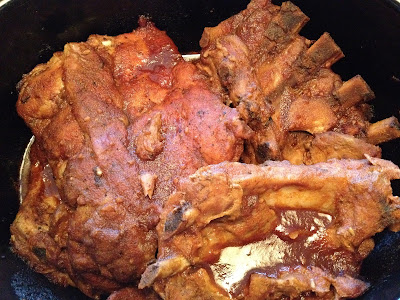 -  6 pounds of pork spare ribs, cut into pieces that will fit into your slow cooker
-  1/2 cup of gluten-free soy sauce
-  1/4 cup of dry sherry
-  1 tablespoon of freshly grated ginger (or just use 1 teaspoon of powder)
-  3/4 cup of no-sugar ketchup
-  2 teaspoons of finely chopped garlic (approx. 3 large cloves)
-  1/4 cup of maple syrup
-  1 teaspoon of blackstrap molasses (this gives it more flavour so don't leave it out)
-  1 tablespoon of coconut flour 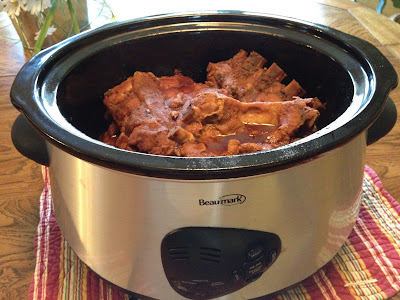 -  Put the ribs on a grill pan, then cook in a 375'F oven for 40 minutes until browned. You can leave out this step, but it adds a lot to the flavour.
-  Put the ribs into the slow cooker.
-  Combine all the rest of the ingredients and pour over the top.
-  Cook for 9 hours on low or 5 hours on high, until the meat is very tender.
-  Remove the ribs from the pot, then drain all the sauce into a saucepan and replace the ribs back into the slow cooker.
-  In a small bowl put the coconut flour and about 1/2 cup of the sauce and mix until you get a thickish
paste.  Put this into the sauce in the pan and then mix it in thoroughly with a whisk.  Heat the sauce until boiling and thickened, then pour over the ribs. 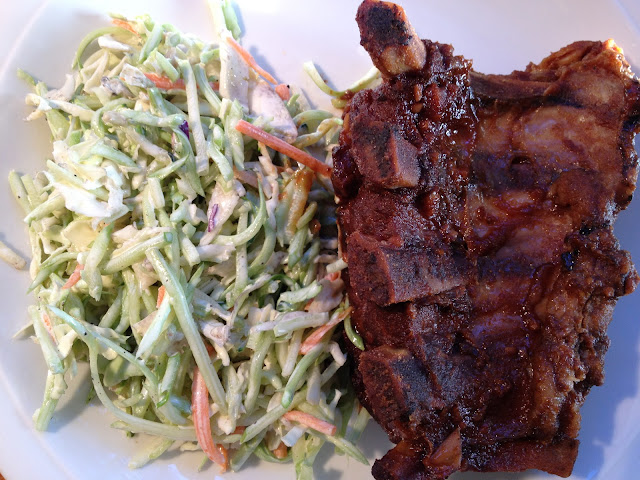