Why we don't want to eat Legumes

This is another of my posts on basic Primal notes. All of these are condensed versions of the information I found on www.marksdailyapple.com (which is why you see the image here as well.)  All direct quotes will be given in italics.

This is not going to be a long post because even though there are 10 pages of listings for posts when you search for "legumes", most only mention them.

I spent several hours hunting through the site and reading about 30 different posts, but for all that time spent, I can't say I found much actual information on legumes, however what I did find was probably enough to form an opinion. 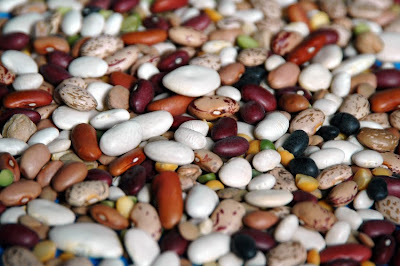 First, it's clear after a bit of reading that Mark himself doesn't eat legumes because they don't agree with him, not necessarily because they are not worth eating. Since they are not one of the things that are part of his diet he doesn't seem to spend much time talking about them.  For instance there is no "definitive guide to legumes" as there is for grains and oil which are the other NO NOs.

What I found about legumes :
Beans do contain some protein and are edible if you don't have any other options, but they are also difficult to digest and therefore need to be well soaked and cooked the proper way otherwise you will have to deal with unpleasant side effects such as gas. They are also very high in carbs. 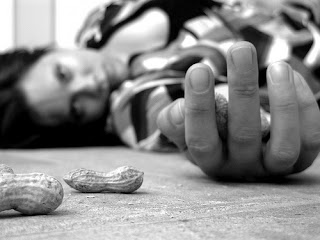 Peanuts have lots of allergens and Mark considers them on the same level as cereal grains.  The photo above might seem a bit dramatic, but the truth is that peanuts can be life threatening. 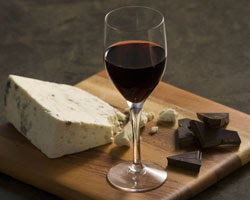 One thing that really surprised me was that in one post he said that legumes "fall into the O.K. category with wine, chocolate, cheese and other dairy."

Really? I know dairy and therefore cheese causes problems for some people, but lumping wine and chocolate in there as well really threw me for a loop. I would think that on a scale of worse to best, chocolate and wine, both of which have been shown to have health benefits, would be far ahead of legumes which don't seem to have much of anything to contribute other than a small amount of protein and a lot of problematic digestive issues.

But then again I guess it depends on how you look at it.  Certainly if you're starving and beans are all you have then they will at least give you some nutrition, whereas making a dinner out of red wine and chocolate - much as I love the thought - probably not such a great idea.

I think the point is that none of the above are as good nutritionally as the Primal basics - meat, poultry, fish, eggs and vegetables - and therefore should, in the 80/20, plan be considered part of the 20% and not the 80%.

My Plan of Action : 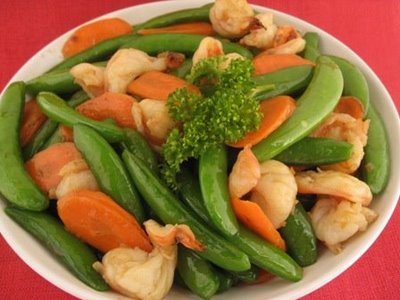