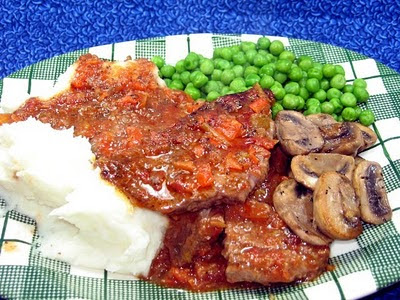 Swiss steak is one of those recipes that's considered "comfort food" by many, and family recipes are often handed down from generation to generation. Now - with a few Paleo adjustments - you can make it in your slow cooker, freeze it, and have this wonderful comfort food meal whenever you want it.

This recipe comes from coleensrecipes.blogspot.ca  As I said above, I've had to make a few changes because we don't use flour or vegetable oil, but the majority of the recipe is the same.

This is also a great backup recipe for when you haven't anything fresh in the house.  If you have some stewing beef in your freezer and the following items in your pantry,you have the makings of a meal whenever you need one. (Great for those days when you're snowed in, or just don't feel like grocery shopping.)

Remember, when you're making a slow cooker meal, both canned and dried vegetables will work really well, just make sure to drain the cans unless the recipe specifically tells you to add the whole thing. As for using dried ingredients, because slow cooker meals usually have a lot of liquid, you probably won't need to add any extra.

This sauce will not be thick because of the absence of the flour in the original recipe.  To thicken, I take most of the sauce out of the slow cooker and transfer it to my blender along with most of the vegetables.  Then I puree until I have a smooth sauce.  If it's still too watery, I transfer it to a saucepan and cook over low heat until it's reduced and thickened. 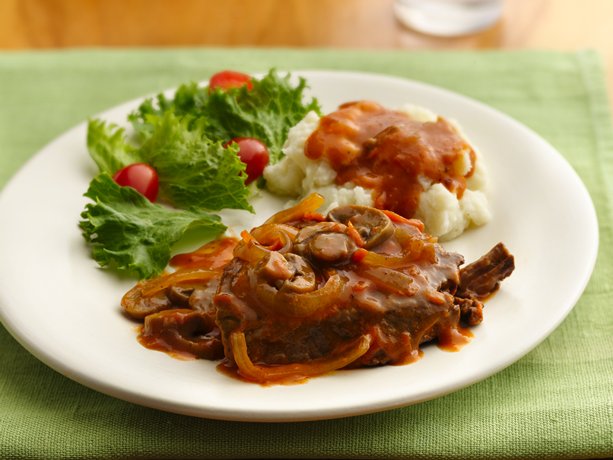