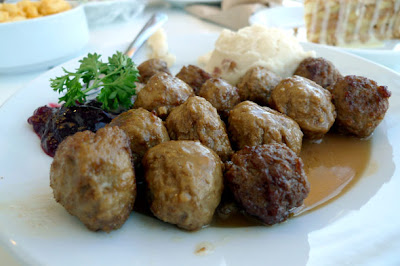 When I was working at my first job I considered myself very lucky because I got a much coveted position working as an assistant to a set designer for a well known theatre company.  For a design student such as myself, this was a major coup.

Unfortunately I can't say the same for my salary. It was pretty miniscule -  in fact practically non-existent.  I shared a flat with two other starving artists and our favourite cookbook at the time was one called "365 ways to cook hamburger meat." 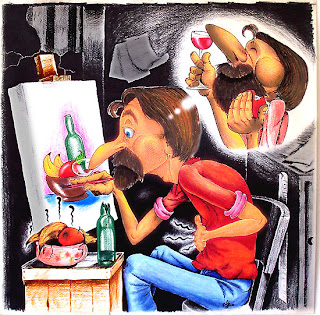 the Starving Artist by Karsten Stier


As you can imagine this got very old very quickly, but for a long time we really didn't have much choice.  Consequently, once I finally made a decent salary, I banned ground beef recipes from my repetoire for years.

However, even though we tried a lot of pretty unappetizing recipes, there were a few gems amongst them, and Swedish meatballs was one of them.  I haven't seen people make this dish often these days, which is a shame because it's actually a pretty good way to use ground beef.

My recipe is baked in the oven rather than fried, so it's not as greasy as many versions.  This also makes a lot of meatballs, but once made you can freeze them for later use. 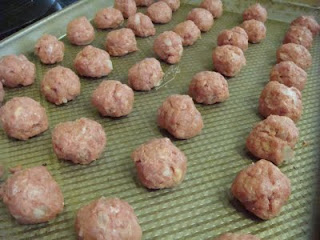 Directions :
Serve these with or without a sauce.  They also make great appetizers.

(will freeze) You can flash freeze these, either cooked or uncooked. 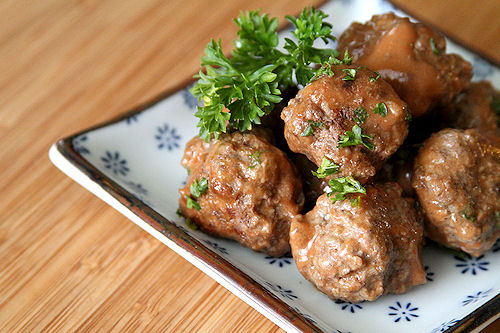