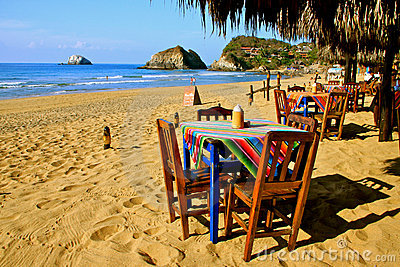 When I travelled in Mexico, sights such as this colourful beach cafe were very common, and each table usually had an unlabelled bottle of sauce on it.  Being the curious type,  I disregarded the dire warnings from my companions and tried it .... and I liked it!

I have no idea what it's real name is, or the actual recipe - if one exists.  But this recipe I found in an old Mexican cookbook seems to be pretty close.  The original recipe called for peanut butter, but I found that almond butter - a Paleo friendly substitute - works as well.

This is a terrific all-round sauce and is just as delicious on eggs in the morning as it is on chicken, meat or seafood later in the day.  The ingredients may seem a strange mix, but somehow they work!


When eating at one of these ocean front cafes, it was very common to be entertained by small bands of travelling musicians - which added even more local flavour to the experience. 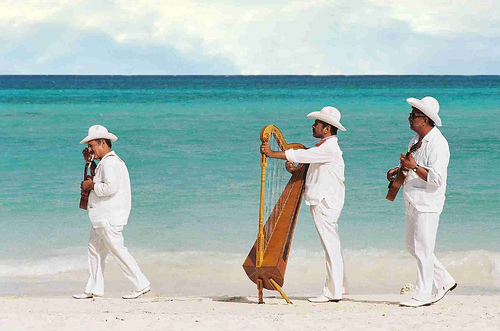