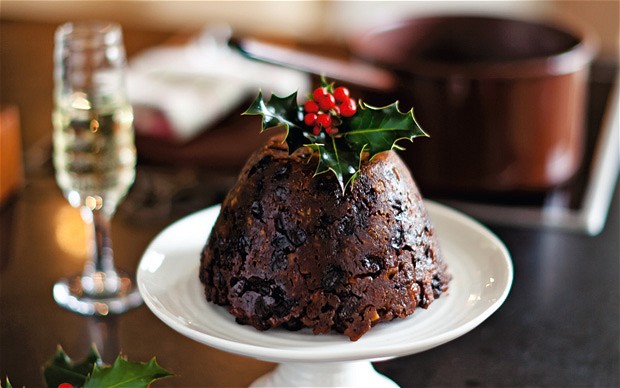 Another British Christmas tradition that isn't particularly favoured by North Americans is the Christmas Pudding.  Most puddings are pretty heavy, especially after a big turkey dinner, so even though I like Christmas pudding I have usually found it too much. Now, since I've had to look for a good Paleo alternative, I think I've found the perfect one.  (Image from  telegraph.co.uk )

This Christmas pudding is a lot lighter, and even though it tastes like a steamed pudding it's a lot easier to make because you make it in the microwave.  You can make this a week ahead, store it wrapped in your fridge, then just reheat it in the microwave again before serving.  Quick, simple, easy ... and delicious!

To remove the pudding, place a small plate on top of the pudding bowl.  Invert.  Remove the bowl. 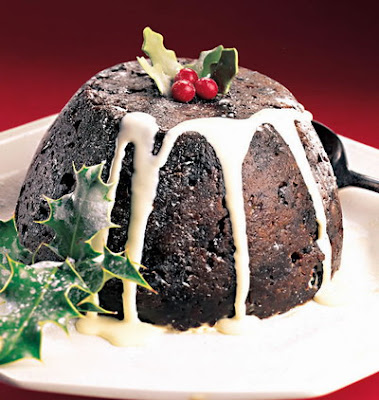 Cool the pudding completely, then wrap in plastic and store in your fridge until Christmas day.  This pudding is small but very rich, so will easily serve 4.

To serve, reheat in the microwave for 2 minutes and serve with Rum sauce on the side. (Made basic custard and add a couple of tablespoons of rum)

If you want to serve this the traditional way, you will serve it flambe.  To do this, first dim the lights in the dining room - you want everyone to get the effect!

Put your heated Christmas pudding on a heat resistant dish (such as a pyrex pie plate) then put this on a tray or large plate because the pie plate will get hot.

Heat 1/4 cup brandy until just warm.  Pour over the pudding, then set alight. (The safest way is to use a barbecue lighter.) Then, VERY CAREFULLY carry it to the table and your waiting family and friends.

If you like this recipe you'll find others like it in my Christmas recipe book 10 Easy Christmas Dessert Recipes. There are three books in my Christmas Collection and together they will give you all the recipes you will need to have a great holiday season. 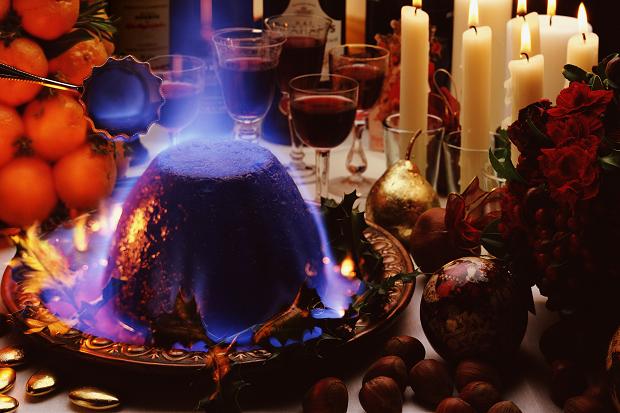