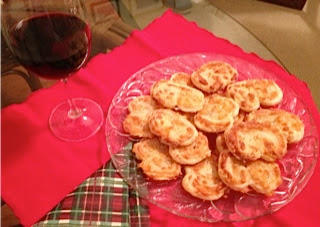 A lot of people in the Paleo community might disagree with this post, but I write this blog for those of us who are human, fallible, and live in the real world, not those who are perfectionists and constantly striving for the impossible.

Just because you follow a Paleo plan doesn't mean you need to be walk around with a holier-than-thou attitude. I don't believe in trying to force my eating habits onto anyone because that just breeds resentment. You teach by example, and if you're eating healthy most of the time and feeling the benefits, then others will notice without your having to say a word.

It definitely is not Paleo since it uses puff pastry which is made with wheat, but this is a once a year treat that my family really enjoys so I always make it.  I'm going to experiment next year with a Paleo version of puff pastry, but right now I don't have one, so I use what's available. Like I said, sometimes you have to respect the wishes of others and not be a fanatic.

These are a lot simpler to make than they look, and are great to use as cracker with a little pate or just to nibble with a glass of wine. 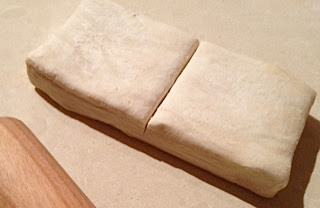 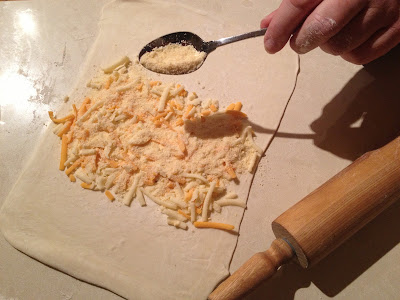 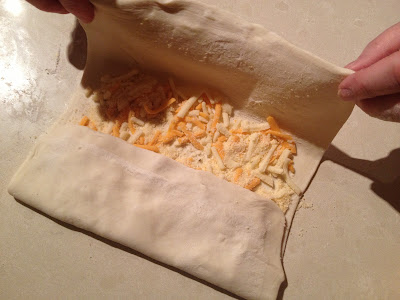 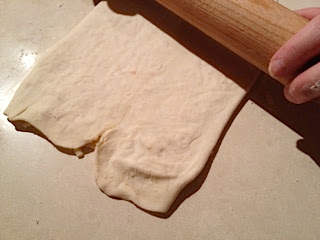 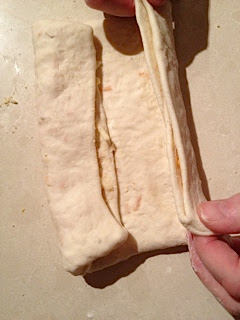 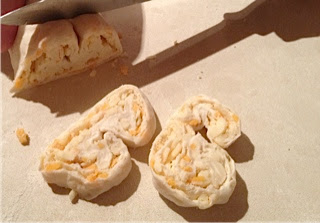 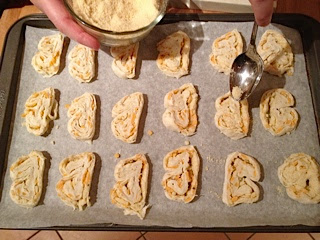 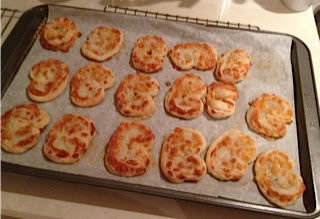 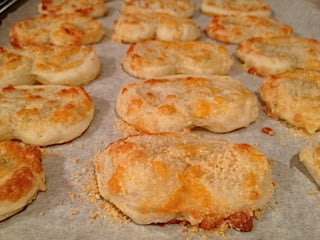 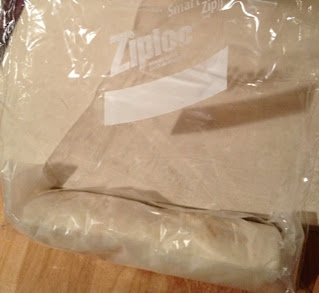 You can also flash freeze these, then store in the freezer until you need them.  Once you've made your roll, wrap in plastic or wax paper and put into a Ziplock bag in your freezer.  To cook, let thaw in the fridge, slice, then place on a cookie sheet and bake. 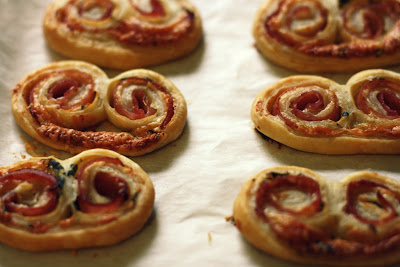 This recipe lends itself to many variations.  At  thevanillabeanblog.com  they also add slices of ham in between the layers of pastry.  Prociutto, which is thinner, would work even better.

At indulgy.com  they make their Palmiers with pesto, sun dried tomatoes and goat's cheese. 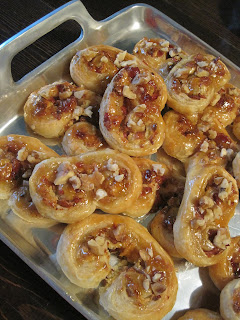 And  bakingandeggs.blogspot.com make theirs with bacon and blue cheese.  The variations are endless.

Just because you follow a Paleo plan also doesn't mean you have to be fanatical about your own eating.  Most people who give up wheat feel so much better that they are never tempted to eat it again.  But that doesn't mean that if you are tempted once in a while to indulge in some wheat containing food that all is lost.

This is why Mark Sisson created his 80/20 plan. He knows none of us are perfect, and an occasional indulgence isn't the end of the world.  If you're tempted once a year to enjoy one or two of these along with the rest of your friends and family, don't feel guilty. Enjoy them. Then get right back onto your plan again.

It's what you do most of the time that makes the difference to your health, not the occasional indulgence. 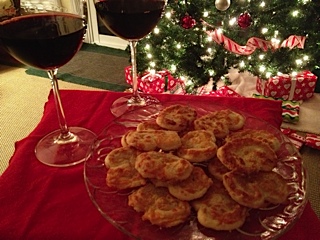