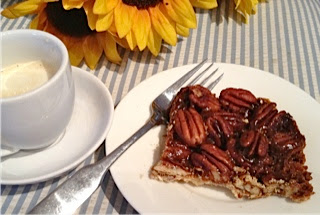 Here is a great recipe for those of you who love pecan tarts.  Made with an almond crust, coconut sugar, and lots of pecans, these are a much healthier version that the usual sugar-filled dessert, but still not something you want to be eating every day.  For an occasional indulgence, a small pecan bar with the perfect cup of espresso is my idea of heaven.

This recipe makes lots, so you can cut it up, freeze it, and know you will always have a healthier alternative available whenever the local bakery starts tempting you again. 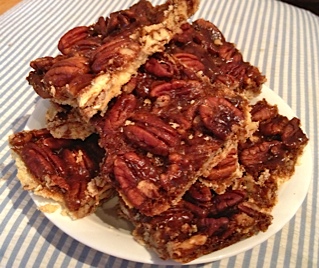 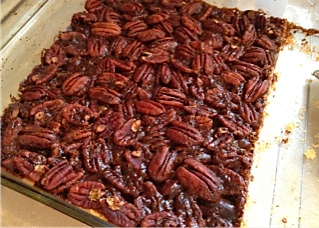 As you can see this is a pretty easy recipe with few ingredients. There is really only one thing to watch for - oven temperatures do vary and the nut crust can easily burn if you don't watch it carefully.  If you're not sure, it's better to undercook it.  After all, it will get cooked again once you add the topping. 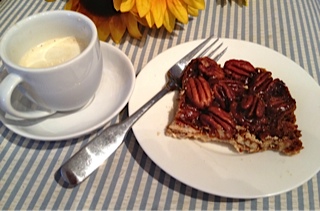