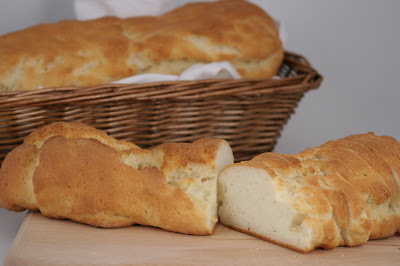 Even though I've given you a basic Paleo bread recipe that you can use for sandwiches, I wouldn't even try to pretend that it's anything like normal wheat bread.  It's great for sandwiches, but sometimes there is just no substitute for a good French loaf, and today's recipe can fill that need.
(Image from blog.bobsredmill.com)

Unlike most yeast breads that require a lot of time for rising the dough, this recipe is very quick and easy.  Because of a special method of rising (more on that later), this bread can be made in under an hour and requires very few steps. However, to get really good French bread there is one requirement. 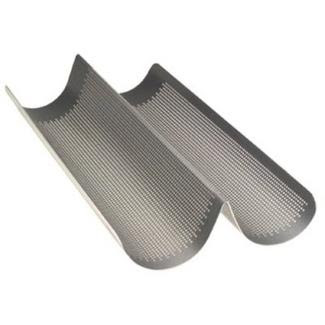 The trick to making this bread is having the right pan.  You can make it on an ordinary cookie sheet, but then it tends to get very flat and the bottom doesn't get very crispy.  A french bread pan will allow you to bake wonderful crispy-on-the-outside and soft-on-the-inside bread that will rival anything you can buy.

These pans aren't that expensive, and if you're going to go to the trouble of baking, shouldn't you make sure you get the very best results you can?

I suggest you try this recipe once on the pan you have to just see what it's like and to make sure you like the flavour, but once you decide this is something you will make again, buying the right pan will be a good investment. (Make sure you get the non-stick version.  It will make life a lot simpler.)
Chicago Metallic Commercial II Non-Stick Perforated French Bread Pan

This recipe is my version of the one you can find here.  I love the method she discovered for making bread quickly, but I have to say I didn't find her recipe particularly flavourful, which is why I decided to do some experimenting of my own.

If you've read my post on Paleo pasta you'll remember that I raved about how tasty this is.  In that same book (Paleo Italian

by D.C. Caprio) there is also a recipe for an all purpose flour mix that sounded a lot better to me.  Rather than having potato starch as it's first ingredient, it has more almond flour which not only makes it tastier but also gives it the nutritional benefits that most gluten-free flours lack.  It still has some of the other gluten-free flours in it, but I have found the results to be much tastier.  And another bonus?  Since the bread itself is more nutritious and also pretty filling, there is almost no danger that you will eat more than you should.

If you can't find these gluten-free baking ingredients in your local store, they are all available at Amazon. 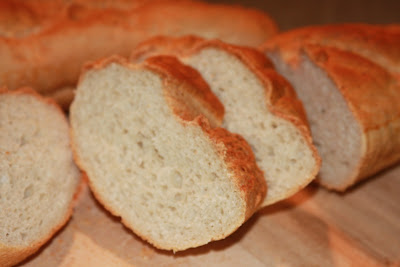 *  In order to create a bread that is as similar as possible to the wheat version, I use both xanthan gum and guar gum. Each of these ingredients make up for a different quality that you can only find in wheat flour, but if you just want to buy one of these, use 2 teaspoons of xanthan gum and the recipe will still work. 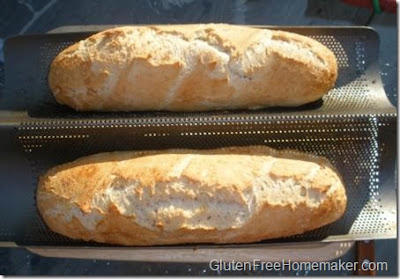 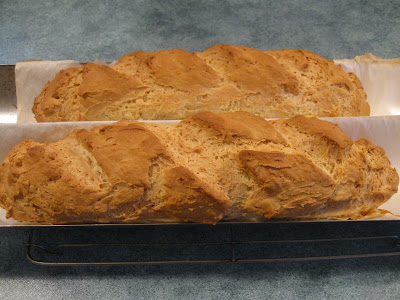 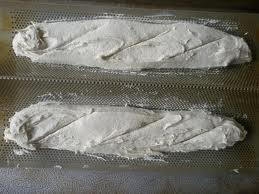 So, just to be clear, if you are looking for a strictly Paleo French bread recipe, then you are out of luck. (You didn't really believe you'd find one did you?) But if you believe in allowing occasional indulgences as Mark Sisson does on his plan, then enjoy some of this gluten-free bread once in a while without guilt.

He has written on his blog that he thinks gluten-free breads are "okay." as an occasional indulgence. (see his post here.)  I take this to mean you don't want to be eating a lot of it, but once in a while it can work as part of the 80/20 plan.

When you have a craving for French bread that can't be satisfied with anything else - say when you want to indulge in a cheese Fondue with friends - then this is a lot, lot better than blowing your healthy eating plan with the usual wheat version. And if you add a platter of chopped vegetables to dip as well or a side salad, you'll actually end up having a pretty healthy meal. 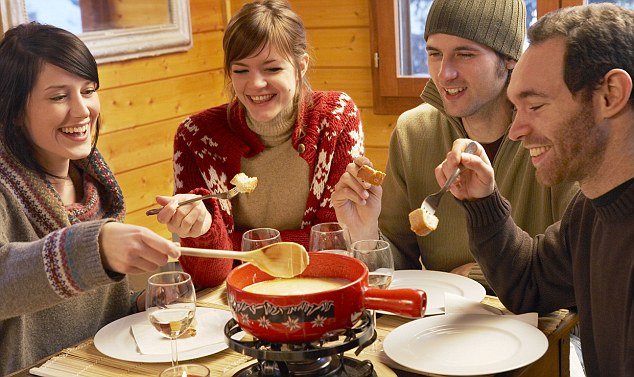